Progress for the Transit District and Sequoia Station

Welcome to Reimagining Sequoia Station, a newsletter highlighting the local and regional benefits the Sequoia Station mixed-use development project will help bring to life. This edition will provide an update and the next steps for the Transit District and Sequoia Station.

Don’t forget to forward this email to your friends and neighbors too!

During the meeting, both commissioners and the public praised the Transit District proposal and the city staff who have worked tirelessly over the last two years to shape it. “I am very heartened to hear such broad support of the Transit District from businesses, nonprofits, and community members,” said Planning Commission Vice Chair Filip Crnogorac. He concluded with, “I would also like to put my heartfelt support behind this project.”

More than a dozen members of the community spoke during public comment, almost all with overwhelming support for the proposal. Representatives from the Silicon Valley Leadership Group, Housing Action Coalition, and Chamber San Mateo County were just a few of the advocacy organizations that voiced the benefits of approving the Transit District.

In Case You Missed It

The Silicon Valley Leadership Group and the Housing Action Coalition recently authored an op-ed in the San Mateo Daily Journal about the numerous benefits of the Transit District.

The City Council will consider the Transit District Supplemental EIR and General Plan amendments on November 28th. This important meeting will be the final step in the city-led process, over two years in the making. We hope you can join us at this meeting, either in-person or virtually, to show your support for the Redwood City Transit District!

For the second year in a row, the Sequoia Station team sponsored Redwood City’s Día de los Muertos celebration. We enjoyed meeting so many folks at our booth and receiving valuable feedback about the future of retail and open space at Sequoia Station. Thank you to all who came by and said hello. Keep an eye out for next month’s newsletter, where we will share the community input we received from the event. 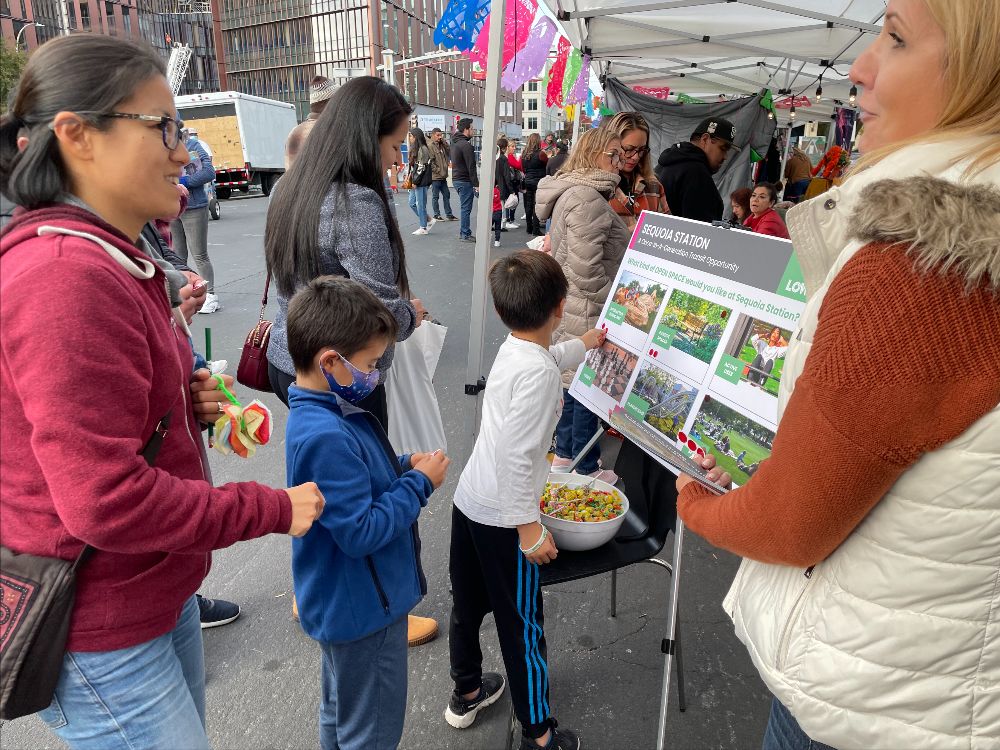 Get in the holiday spirit and join the festivities as Redwood City’s Downtown Business Group throws a party to celebrate the holiday season. Guests can enjoy a parade, live entertainment, carnival rides, Santa Claus photos, and more! The Sequoia Station Team is a proud sponsor of this wonderful event!

On behalf of Lowe and Eden Housing, we want to wish you a healthy and happy Thanksgiving.

As a reminder, the our team is available to meet and provide project updates to interested community members. If you have any questions or would like to request a presentation from the project team, please email sequoiacentervision@gmail.com or visit sequoiacentervision.com.