Sequoia Station: An Opportunity to Advance Equity in Redwood City

Welcome to Reimagining Sequoia Station, a newsletter highlighting the local and regional benefits the Sequoia Station mixed-use development project will help bring to life. This edition focuses on the project’s community benefits–and how the project is being thoughtfully designed to incorporate and support Redwood City’s equity goals.

Don’t forget to forward this email to your friends and neighbors too!

In 2020, Redwood City Council adopted the Foundational Guiding Principle of Equity as part of the City’s strategic plan. Through this principle, Council urges a collective restart to ensure that policies serve the entire community.

Through the adoption of the Plan, the City of Redwood City has clarified some of the ways it is working to create an inclusive community where success is not predictable by race, ethnicity, or zip code. The 2021 Equity Plan provides a framework for city leaders to prioritize diversity, equity and inclusion, decide how to best allocate City resources, execute work plans, and support the City’s commitment to equity.

Redwood City defines equity as a state in which, regardless of race, income, ability, gender, citizenship status, or any other identity, every person who lives, works, studies or plays in Redwood City experiences a long, healthy life full of opportunity. This encompasses fair outcomes in:

Redwood City’s Transit District plans for an upgraded transit center with new housing, jobs and retail. The City-led initiative is an opportunity to expand transportation amenities, create a community gathering place and support the vitality of Downtown.

With the redevelopment of Sequoia Station, Lowe and Eden Housing aim to create a project that supports Redwood city’s vision for the Transit District – as well as the City’s goals for creating an inclusive community and advancing equity. Building a sustainable community where residents of all income levels can access resources including safe affordable housing, mobility, jobs, high-quality schools, and food is key to the Sequoia Station project team’s redevelopment strategy. The team aspires to advance equity by providing building high-quality affordable housing directly on transit, providing lower income residents improved access to critical resources.

Supporting the Housing Element
Redwood City has been a leader in new housing development. The city is required by the state to plan for at least 4,588 new homes in the next eight years but is planning to meet 150% of its goal, preparing for 6,880 new homes in its recently published Housing Element. Sequoia Station will deliver 631 new homes and the Transit District overall can deliver up to 1,100, supporting Redwood City in quickly making progress on their housing requirements.

Childcare
Sequoia Station will deliver 10,000 square feet of childcare, providing much needed and accessible childcare downtown and on transit.

Jobs Creation
Sequoia Station will create jobs at various skill, training, and education levels during and after the development process in construction, office, retail and service.

Economic Vitality
The new office space and the improved sidewalks and bike paths in the Downtown Core will improve foot traffic to the area and increase the tax base to further support existing businesses and the economic vitality of Redwood City.

In Redwood City, and globally, climate change disproportionately affects those who are least responsible for generating greenhouse gas emissions, most vulnerable to negative impacts, and least able to adapt. Transportation upgrades and creation of a more sustainable Redwood City for all residents are primary goals of the Sequoia Station redevelopment proposal.

Expanding Public Transit
Sequoia Station supports Caltrain’s 2040 Business Plan – an initiative to expand rail service and support the ridership of 180,0000 daily Caltrain passengers. The increased capacity called for by the plan is equivalent to a reduction of 110 metric tons of GHG emissions every day and takes nearly a million vehicle miles off Bay Area roads. Reducing GHG is critical to lowering our impact on the environment and improving the health of all residents and our planet.

Public Gathering Spaces
A redeveloped Sequoia Station will include modern activated retail and a new central plaza, vibrant community gathering spaces, and an artist grove. The new walkable and activated street level and open spaces will be accessible to all Redwood City residents. The public art installations at Sequoia Station will be intentionally curated to celebrate and embrace all cultures and ethnicities and will value the contributions of all members of the community.

Safer Streets & Improved Access
Redevelopment of Sequoia Station will lead to both day and night activation at the street-level, and safe walkable streets. Day and nighttime active uses, including programming, dining and retail, put more eyes on the ground and as a result help deter crime. Sequoia Station will create jobs and provide improved access and increased mobility to opportunities and resources.

In August 2020, the Redwood City Council passed a resolution requesting that the Redwood City Arts Commission along with the Racial Equity Steering Committee create a workplan and solicit community input for a mural to symbolize and explore Redwood City’s commitment to racial equity and social justice.

After over a year of community engagement, two Bay Area women artists of color, Lucia Gonzalez Ippolito, a Mexican-American artist and educator and Rachael Wolfe-Goldsmith, an artist of Nigerian, Jewish and European descent, founder of Wolfe Pack Arts and creative director of the Bay Area Mural Program have been chosen as finalists for the project. The artists’ proposals portray the history of San Mateo County with more hopes for a more equitable future, and the winning proposal will be located at the central Jefferson underpass which is a major thoroughfare that connects the downtown area with public spaces and residential areas of the city. 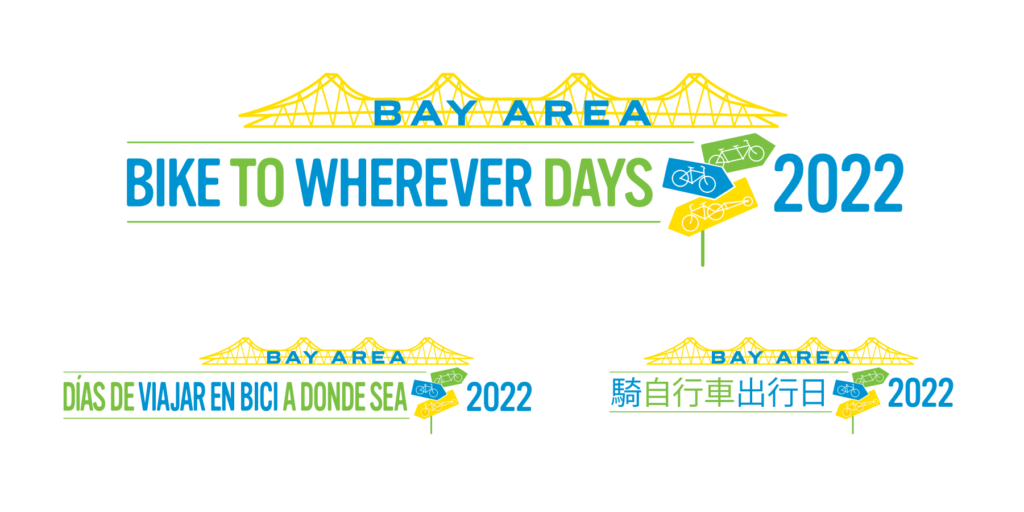 The Silicon Valley Bicycle Coalition is on a mission to get as many people as possible in the habit of bicycling for transportation rather than driving a car to reduce climate change and improve health. Celebrate biking for the month of May with Bike Month and Bike to Wherever Days. View the calendar of events and find out how you can participate.

We Want to Hear From You

As a reminder, the our team is available to meet and provide project updates to interested community members. If you have any questions or would like to request a presentation from the project team, please email sequoiacentervision@gmail.com or visit sequoiacentervision.com.